A little over a month ago, we had just moved into our house.  We were in the process of unpacking some boxes and figuring out where to go with everything.

About midway through the day and about 80% of the way through the suggested baking time of my first electric oven-botched batch of chocolate chip cookies, the doorbell rang.

Typically, I “millennial” the shit out of this particular brand of socializing to a level that would make even Gen. Z cringe.  I not only completely ignore the doorbell, but I also silence the entire house so they think no one is home.  Despite the multiple cars parked in the driveway.  And sometimes I even slink down on the couch for good measure.  And courtesy of the visit in question, I now officially watch our security camera until I see their head float away from my front door before I resume as normal.

Yes, I watch a lot of Investigation Discovery, why do you ask? 💃🏻 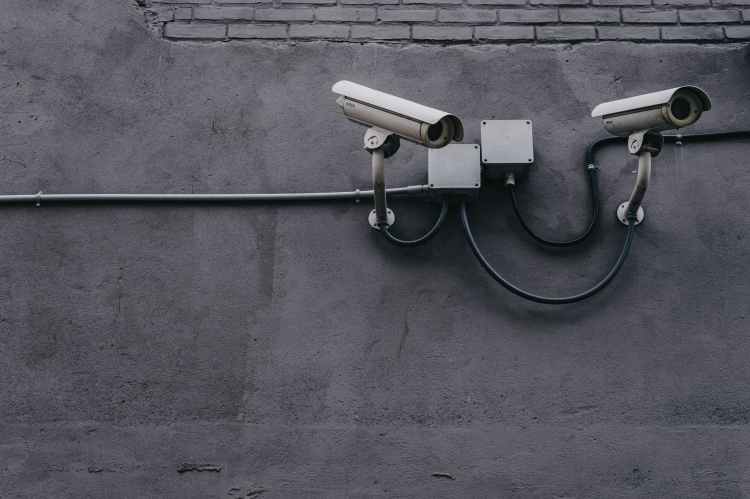 But this time, since we were flying around the house putting things away, it was kind of hard to play the “we aren’t home 😬” card, so I reluctantly went over and answered the door like a normal adult, with Anthony in tow.

On the porch was a man in a blue uniform, a yellow vest with SECURITY on the back and a hat that said ADT.  For a split second I thought maybe this new neighborhood had some type of security system in place.  Because I couldn’t think of a single other reason someone would look like a Halloween security guard whilst going door to door.  In that same split second, I also seriously regretted opening the door, since about an hour of our unpacking slipped away just like that.

It became pretty clear when he started rattling off burglary statistics that he was either,

a. a burglar himself casing the neighborhood Home Alone style in what was basically cop garb with a shiny yellow vest to really sell the look.

b. trying to scare homeowners into buying a security system.

To this day, I’m still not positive, but we’re pretty sure he was just a super pushy salesman. 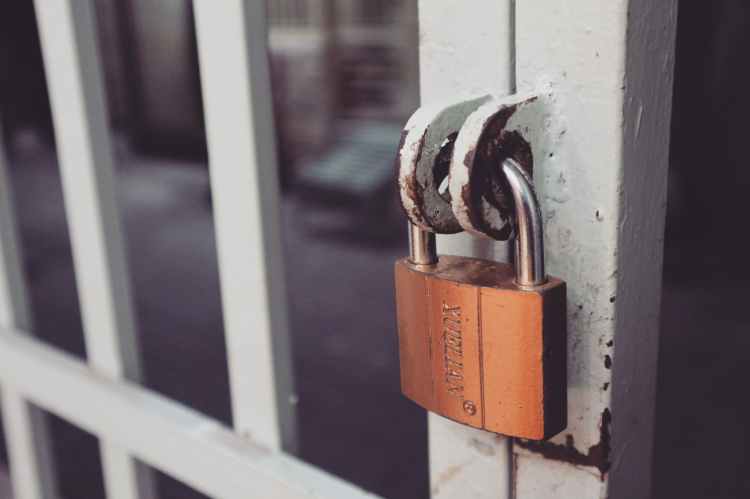 After taking stock of all the windows and doors that would need sensors, he basically started the ADT-buying process.  As in, apparently the fact that we merely let him in was some sort of nonverbal “sign me up!”

Spoiler Alert — it was not.

So we are standing in our cluttered foyer as this guy starts filling out forms, having a mental conversation about how to back out of this sale without seeming rude.

Eventually it got to a point where Anthony had to talk on the phone to some operator asking for his social.  Finally!  A reason to pump the brakes!  We got off the phone pretty much right away, and started to explain that this was all happening kind of fast, and that we thought this was more of a price quote visit, as we had already had another security system in mind.  After explaining this twice, the guy finally took the outrageously obvious “hint” and left some brochure thing with his email and went on his way.

The phone operator coupled with the fact that my asking 86 times for a business card yielded nothing had me slightly on edge.  By slightly I mean I called two different ADT numbers to verify this dude’s existence, which could be confirmed by no one on account of the fact that he was most likely a “licensed distributor” (think Starbucks inside Target).  Licensed or not, this bumped “buy security system” to the top of our to do list, and we were set up with cameras, motion sensors and door alarms by the end of the night because you do it all yourself.

And that is the story of how ADT helped us purchase our SimpliSafe system.

Pro tip: Don’t try so hard to sell your security system that your potential customer goes out and buys one because you’ve been inside their house.

19 thoughts on “how not to sell a security system” 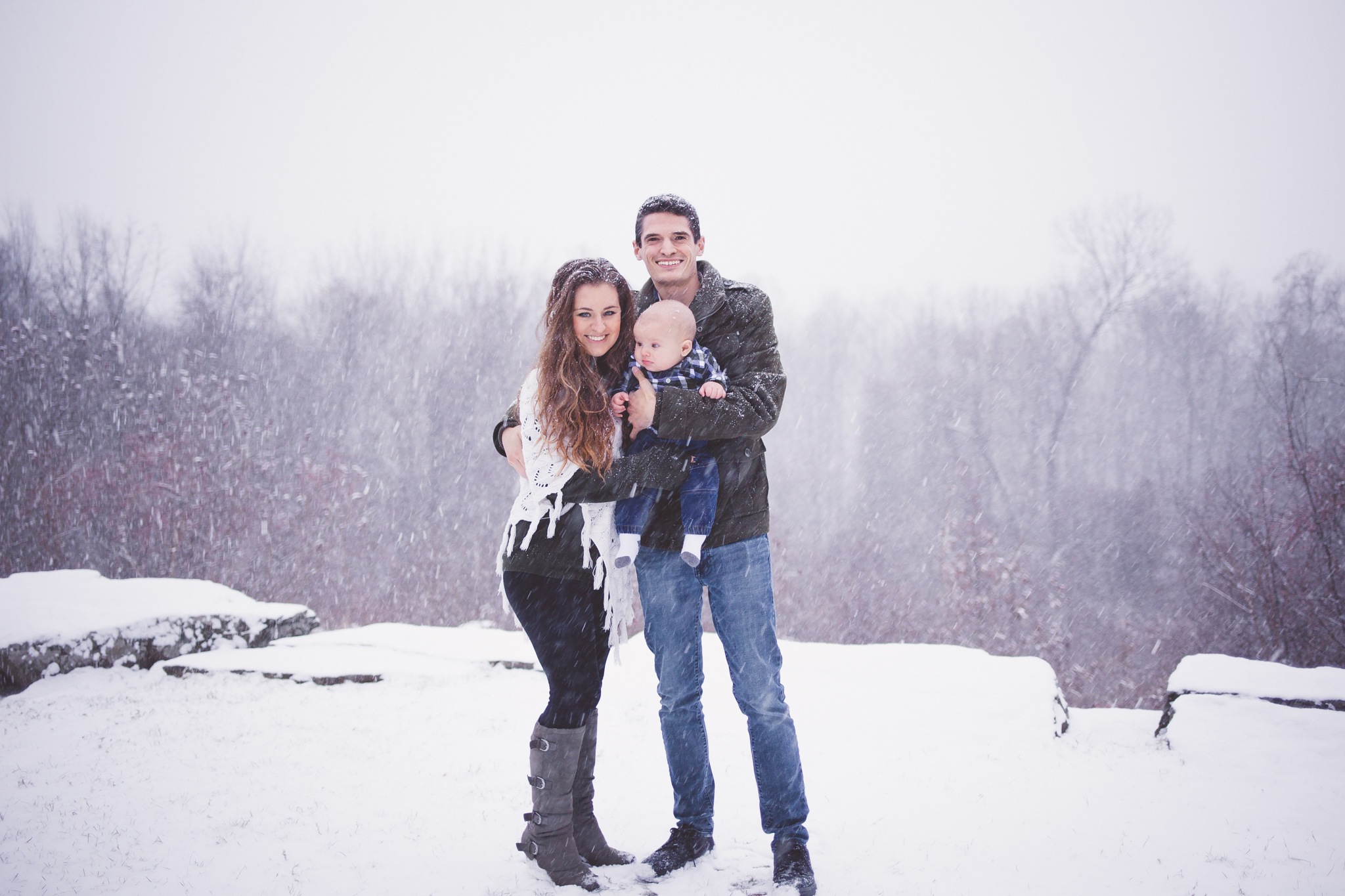 Hi! I'm Sam! A former part-time Starbucks barista, full-time business owner. Beyond that, I'm just a twenty-something newlywed navigating my way through the murky waters of (faking) adulthood as I try to figure out how to get through a recipe without setting off the smoke detector, & get through a blog post without swearing.

Before Lincoln came along I was 100% content being kind of lazy. Things got done, but they got done whenever they got done. I never looked around my house feeling antsy to the point of anxiety over getting housework done. But then, all of a sudden, I have a baby to take care of, and all I want to do is clean. Clean, cook & get everything else done because Lincoln is one responsibility and surely I can handle more than one responsibility, and if I can’t, I’m failing at this new mom thing. If someone walked up to me and told me this was how they felt, I’d think they were nuts. Nuts to think that taking care of a baby all day long isn’t “enough” just because the house doesn’t look perfect or dinner wasn’t ready on time. How come we can excuse everyone else, but not ourselves? Ladies, just in case you need to hear it today (and I certainly did today in particular), YOU ARE ENOUGH. A baby is not ONE responsibility. They are a million rolled into one tiny human. You’re allowed to be too tired. You’re allowed to take a break. Whatever you’re doing is enough. Your baby thinks you hung the moon whether the dishes are washed or not. 🧡 (Your dog does too, even when you’re being a major B to her all day. Sorry Maddie. 😘🐾) #newmom #momtruth #youareenough #selfcare #selflove #expectationvsreality #takeabreak #reallife
Me every night: Is tonight the night we put him in his crib? Spoiler alert: not likely. Real talk though, HOW DID YOU MOVE YOUR BABY OUT?? 😫😭 Who cried more, them or you? 🤦🏼‍♀️ Further, at what point are you stunting their independence for your own selfishness & paranoia? And when did a distance of 13 feet become so far away?? Help a lunatic out. 😂🤦🏼‍♀️ #babelincoln #6monthold #help #paranoid #movingout #newmom #thisishard #babyadvice
Someone is excited for the possibility of the @packers in his first Super Bowl. 💚💛 #babelincoln #madeinwisconsin #packers #gopackgo #gpg #wisco #footballbaby #packerbaby
If you didn’t take a picture, did it really even snow?#babelincoln #firstsnow2020 #snowpictures #thoseeyes
Suffice to say we are coffee people. ☕️ #butfirstcoffee #coffee #coffeepeople #coffeewhores
My go to lunch these days. If I can manage to sneak this 🥚 & 🥑 on 🍞 in at some point during one of Lincoln’s naps, I don’t feel like a total food failure for the day. 😂 Xoxo, the only human being to gain weight while breastfeeding 😘 #smallvictories #avocadotoast #tgif #happyfriday #noms #pumpingdiet #grazer